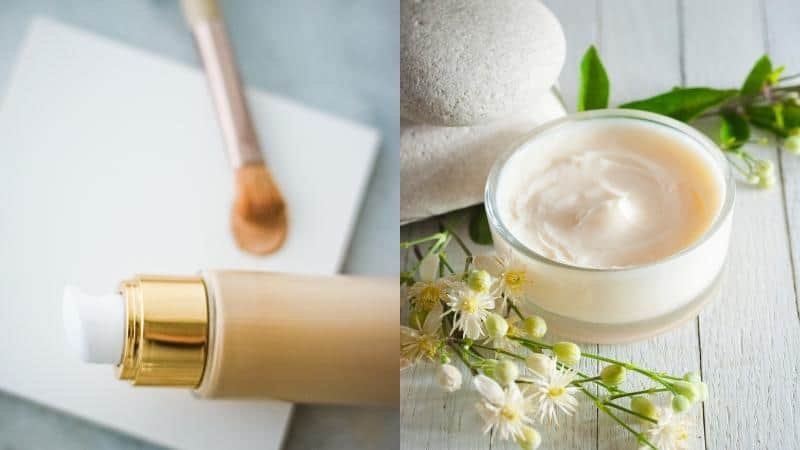 Are Primer and Moisturizer Same – Should I Use Both?

Many people believe that primer and moisturizer are similar to each other. So, they often think of replacing moisturizer with primer or vice versa.

If you know about these two, you shouldn’t make the mistake. Primer is a primer and moisturizer is a moisturizer. One of these can’t be replaced with another. If you want to know the reason, you’re in the right place.

Here in this article, I’m going to talk about the reasons you shouldn’t replace one of these with another. But before that, let’s talk some basics about primer and moisturizer.

What is a Primer?

A primer is a part of your makeup kit which makes makeup easy by creating an even surface. It directly sits on your face and provides an even ground so that your foundation can sit properly. Thus it allows the foundation to last longer.

So, a primer is the very first part of your makeup routine. It prevents makeup slide off, hides the spots, pores, and fine lines, and helps makeup last throughout the day. It provides a lot more benefits.

Primer is made to be lightweight so that you don’t feel uneasy because of an extra layer.

What is a Moisturizer?

A moisturizer is a whole different thing compared to a primer.

It is a cosmetic preparation, almost similar to a primer. But the main aim is totally different.

Moisturizer is mainly used to provide moisture and hydration to the skin. It traps water from the environment and reduces the dryness of the skin. Also, moisturizing has its own moisture for your skin.

It is a skincare product that has nothing to do with makeup. It takes care of your skin in its own way.

For different types of skin, the type of moisturizer is also different.

Why do People become Confused?

Knowing about primer and moisturizer takes us to the conclusion that these two are not similar products. So, the question is- why do people become confused?

People become confused and often think that they can use a primer instead of a moisturizer because of the moisturizing primers.

Moisturizing primers are primers with some moisturizing benefits. These primers include moisture and hydrate your skin so that your skin doesn’t become dry when you’re putting on makeup.

But here the thing is- primers are not dedicated moisturizers. So, you can’t use those instead of a moisturizer for your dehydrated skin. If you do so, the need for hydration won’t be fulfilled. Moisturizing properties add a benefit to a primer, but those don’t turn a primer into a moisturizer.

Another reason behind this misconception is both primer and moisturizer comes with similar texture in most cases. That’s why people get confused sometimes.

Should I Use Both in My Makeup Process?

While putting on makeup, at first you should use a moisturizer after cleansing your face. Then primer comes.

Many people avoid using primer after moisturizer because they say putting moisturizer properly reduces the need for adding a primer to the process.

But this is not true. Moisturizer doesn’t replace a primer. Putting makeup on moisturizer makes your skin excess shiny. Thus it may ruin your look.

So, you should use both in the makeup process. After cleaning, first, apply moisturizer and then go for a primer. If you’re using a moisturizing primer, apply less moisturizer than the amount you typically use.