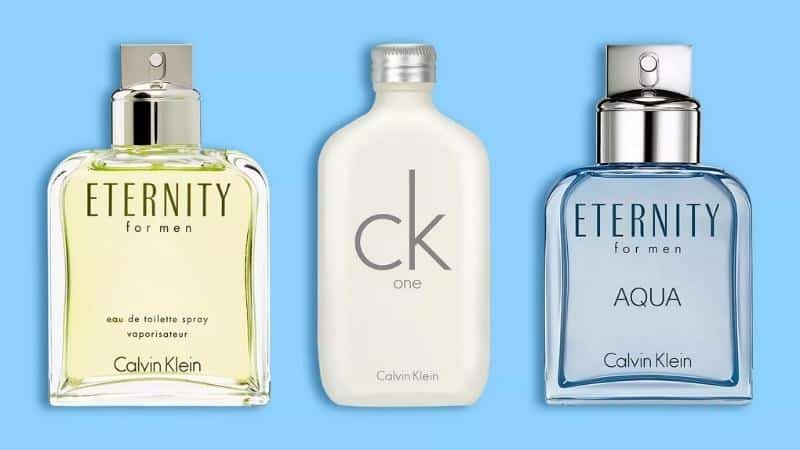 What is the Best Calvin Klein Cologne for Men and Women

When it is about cologne, choosing the best depends on personal preference. Something that is the best to me might not seem so good to you and vice versa. The preference for cologne depends mostly on the sense of smell.

So, at the very beginning of talking about the best Calvin Klein cologne, I must say that my preferences may not seem like the right choice for you. It is always better to pick a perfume by checking physically.

As you’re asking about the best Calvin Klein cologne, before jumping to that, let’s talk a bit about Calvin Klein.

About Calvin Klein and Its Fragrances

Calvin Klein started its journey in 1968. It primarily started with casual apparel.

In the 1980s, it started marketing perfume and colognes. Till now, you’ll find more than 140 perfumes and colognes from Calvin Klein. You’ll find fragrances for men and women here. They also have a lot of unisex fragrances.

I love a lot of fragrances from Calvin Klein, but if you ask me the best one for men, I’d go for Calvin Klein Obsession. This is a fragrance that was first introduced in 1986. Soon after the introduction, it became able to introduce itself as one of the modern perfumes at that time.

This is a spicy scent that comes with a top note of lavender, coriander, cinnamon, grapefruit, and lime. The middle note hit a citrusy vibe with a spicy touch of cinnamon. It is completed by little touches of jasmine, Brazilian rosewood, pine tree, nutmeg, carnation, sage, and myrrh.

The base note is more focused on floral power. Amber, sandalwood, patchouli, vanilla, and some other scents create the base note.

As it is a spicy scent, it is more suitable for middle-aged men who want to go back to the 80s. Younger men can also try this if they are fond of the vintage touch.

This is a long-lasting perfume is a classic, but still has a strong presence that you can’t ignore easily.

Calvin Klein Eternity EDP is my personal preference when it is about the best one for women. It was introduced in 1988 as a tribute to Calvin Klein’s marriage. It is a bit old, but its romantic charm has made it a fragrance that is being praised still.

This is a day-to-day use perfume that spreads the touch of your love for him. This is a classic one but not bound in the timeframe of the 80s and 90s.

The Best Calvin Klein Fragrance for Men and Women

When you’re asking about the unisex perfume, I’ll surely go for the first CK unisex perfume- Calvin Klein One EDT. It was first introduced in 1994.

The middle note spreads a soft flowery fragrance containing violet, jasmine, rose, lily of the valley, orris root, and nutmeg. The base note changes the fragrance to an earthier one with the touches of cedar, sandalwood, amber, oakmoss, and musk.

This is a true one-for-all type of perfume. It is for all ages, all genders, and all situations. Maybe that’s why this perfume is this popular. If you need to pick only one perfume, or if you are confused about which one to pick, pick Calvin Klein One without any hesitation.

So, these are my top choices among Calvin Klein colognes. To be honest, picking only one from Calvin Klein is tough. Each cologne from this brand is worthy of choosing.

Depending on the smelling sense and preferences, the choice of perfume varies. But the ones I’ve suggested are used widely. So, I guess you’ll love these too.